(This beat hard as hell, what up, Primo?)
(Primo Beats on the track)
Ayy, hmm, uh

I just cut a whole brick in half with a razor
I just got a ho nigga dead off a favor
Lil’ bloody ‘nem had hit him in his head with a laser
And I made this bitch fuck my mans ’cause I paid her
Told the opps, “Meet me at the bottle shop,” get ’em tables
Chopper shot do the chalkboard, it erase him
I say, the yopper shot, baka-boop-bop, hit his top, it go drop
Spin his block one more time ’cause we hot
Listen, gas, huh, burn a nigga up
Huh, baby shake that ass, she gon’ turn a nigga up
Huh, AR tricky dance move, serve a nigga up
Huh, bitch, I better not hear you sayin’ Skub, I earned big Blood
Listen, oh, look, huh, I don’t play with shit
Get disrespectful after this, I be done smacked you in your shit
You talk back behind my back, I be done clapped you in your shit
Be done tapped him in his head, lil’ nigga don’t know shit
Huh, I still fight, pussy niggas ain’t on shit
Huh, kill a nigga, now he can’t hate on shit
Nigga, I still slide, I ain’t gotta wait on shit
Huh, it’s drill time, I ain’t got shit to say ’bout shit, nigga
I don’t rap beef, if he at me, then it’s fuck it
I don’t rap beef, if he act weak, we gon’ stomp him
I don’t rap beef, if he half street, then we attack him
‘Cause if he really street, then we ain’t on the internet about nothin’
Ain’t no nigga from the bity did a thing since I was crushin’
Always in the A, down there with my apes, steady clutchin’
Huh, ain’t duckin’ no smoke, see a chimney, I run up it
Huh, run into a nigga, then we walk him down, leave him bloody
Uh, I hate a nigga ’round me actin’ the toughest
Huh, swear he don’t like me, but his head down in public
Huh, if I got an issue with a nigga, I punch him
Huh, and them shooters on his ass, red monkey
Huh, re-rock
Huh, treat a nigga like a kid, then thump him
Huh, leave a nigga sleepin’ with his mans, now they bunkies
Out sad, fucked up with no money, they junkies
Huh, don’t let no nigga have you thinkin’ this shit sweet
Huh, fuck around and be the reason you deceased
Huh, kill him twice, you can’t even rest in peace
Huh, quick as fuck to press a nigga like a crease
Re-rock
Huh, what it ain’t?
Huh, this ain’t Call of Duty, you can’t bome back from the gulag
Two straps right there on your top, look like a durag
I’ll ho an old bitch, think she look good with her new ass
Huh, fuck your BBL
Huh, send some naked pictures to my niggas locked in jail
Soldiers in the field shootin’ at Charlie off the bail
Pray to God, then send your dogs to Hell
Now listen
Huh, huh, from the ‘burbs to the hood with no vest on
Yeah, from a mansion to the trap, nigga stepped on
Yeah, I been waking niggas up since I was slept on
Yeah, stick your nose in my business, get your neck gone
Huh, huh, sayin’ it with your chest, get your breath gone
Huh, get some RIP posts and a headstone
Huh, have your people ‘nem sick like, “He dead and gone”
Pull up like, “I told you so, knew you was a ho”
Just like your daddy, ain’t never been ’bout shit
Swerve up in static, we love to hop out shit
Huh, send his BM down the way and make the route switch
Huh, hit his TT ‘nem brib and get the couch flipped
Huh, headband with them racks and a jogger fit
Huh, got a leash in my pocket, I’ll walk a brick
Huh, pull up in the Hellcat, I’ll dog some shit
Huh, have a soft nigga screamin’ it ain’t called for this
Huh, it ain’t nothin’ for that one shit, Nathaniel
Huh, pull up in the Phantom and go ghost like I’m Daniel
Say, that chopper give whoever the most they can handle
Ain’t never takin’ no L like I’m Randall
Re-rock 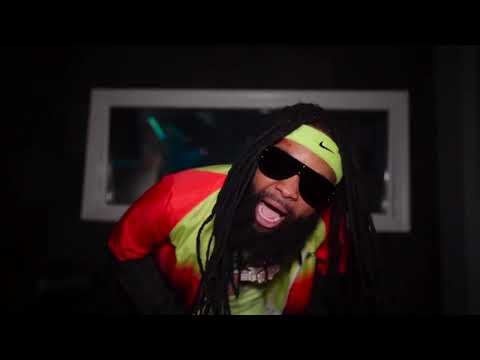