House on the hills, I wake up to pussy
I’m really enjoyin’ the view (Enjoyin’ the view)
It’s a couple of hoes that hitting’ my line
They said that they wanna come through (They said that they wanna come through)
So I roll up a Swisher, she suckin’ my dick
I swear to God, that be’s the truth
But the other hoes hittin’ my line, they thick
I don’t know what I’ma do (I don’t know what I’ma do)
So I tell her, “Get out,” she said, “Is you trippin’?”
It just what I thought, this hoe got to bitchin’
The time that we spent, this shit here is finished (Let’s go)
I knew I was wrong, I shouldn’ta did it, ayy
Kick her out the spot, other hoes pull up
She got some big ass titties with a big ass butt
I can see how she look, man, I know she a slut (Yeah, yeah)
If I shoot her one, she gon’ catch her a nut (Yeah, yeah)

I’m lookin’ at Tevo, he mackin’ her friend
I know he gon’ buss that hoe down
You could look at my bitch, look at her hips
Yeah, she curvy and round (You know that she cute)
I throw back a Perc’
Gimme twenty minutes, bet that I’m workin’ this hoe (I bet that)
Go back to ten or the fifteen or the thirty
I don’t even fuckin’ know, fuck, he took it, though
I look at this bitch and I realize
She sneaky, she been on that phone too long
The last hoe played, they both died
This shit deja vu, what the fuck goin’ on
I’ma scope this shit out
I’ma play this shit smooth, I might be wrong
Had my Glock in the couch
Tevo, my shit, is you clutchin’ your chrome?

Ayy, they sip a lil’ crown, they get a lil’ horny
I think that they ready to fuck
So I get in my head ’bout all of my strokes (Yeah, yeah)
About how I’m gon’ pipe this bitch up (Yeah, yeah)
You know that I got my Magnum, that is not a problem
We do not have them troubles (None of those troubles)
When she come in my room, I turn on that Marvin Gaye
So I know I’ma fuck (I know I’ma fuck)
Man, hold up, I can’t believe this bitch
Lookin’ at your phone, you sent the drops
Betrayed or just defeated me
Look in her face, I spit up on it
Man, I damn near beat that bitch
And we gon’ let that nigga pull up just to show him how we get (Brrt, brrt, brrt, brrt) 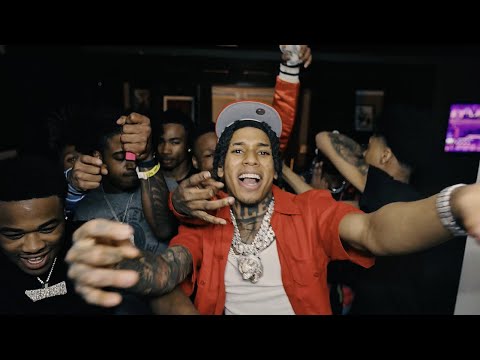