When you went to hell my nigga, I would’ve gone with you
I had a bond with you, I would’ve James Bond for you
My mum mothered you, I kinda miss the other you
But you leavin’ my life was a W
You know I still got your back if niggas trouble you
And if you needed to lie, I would’ve covered you
Jump off the bridg? Then fuck it, I’ma jump with you
‘Cah that’s what bruddas do, everyone, but you
Shit, everybody changed the moment I got limelight
I can’t take the fame, I gotta go get my mind right
I’m locked for the day, I only come out at midnight
Vampire life it got me feelin’ Twilight
I got so much pain that I don’t wanna share G
‘Cause when I let it out, they gon’ say that I’m crazy
You niggas let me down when I asked you to save me
I can’t take your words but your actions are lazy
I try to give back to this hatin’ community
The hood fell apart now there’s no more unity
The love died down now there’s no more you and me
That girl speak French and she speak it fluently
She said, “Je t’aime”, man, I felt it spiritually
Now she hates me, she told the world that she’s through with me
Feds on my back, not again, are you kiddin’ me?
I put my hands up just to stop them from killin’ me
All these death threats but ain’t nobody drillin’ B (It’s all a lie)
I saw them boys and they blew like Digga D (All a lie)
I hate bein’ sober, I really need drink in me
I took twenty shots and still not been hittin’ me
I think I’m goin’ crazy, I’m talkin’ to Hennessy
It’s more in the house and I’m feelin’ like Ali G
I can’t chill with fakes like they give me an allergy
They can’t succeed off the negative energy, no
Me and them boys, they can never get along
You gotta have faith, man, you gotta stay strong
They go rich to act bad, they got the whole thing wrong
You tryna end up like Jay Z or end like King Von?
I’m gettin’ so pissed off, man, I hate this shit
The niggas claim their block, but don’t claim the kid
Don’t ask if I ever rid
That’s like askin’ Kim and Kanye if they’ve kissed
You know that I did
Ayy, ‘member that time when I done it for killy
That was my darg, we was Chunkz and Filly
They ask where you are, I say, “He’s cool, he’s busy”
But deep down, they don’t know I wanna slap you silly
I tried to give handouts and took bare L’s
‘Cause they don’t wanna get money, they want bare gyals
That gyal chum but I had to tell her, “Farewell”
Cah her pum-pum kinda had a weird smell
Yo, leave me alone, don’t shout me
‘Cause everyone that left my life’s better off without me
I saw them captions that you wrote, was it about me?
The streets could’ve turned me to a alchy
Ayo, man, gotta remove myself from this fake shit, fake rappers
Fake niggas with fake chicks (It’s all), fake boobs, fake ass and fake lips (It’s all)
Fake jewellers with fake ice and fake drip (It’s all a lie)
Fake, fake, fake, how you claim you’re my brothers? (It’s all a lie)
And how is you claimin’ we lovers? (It’s all a lie)
When you’re outside with others (It’s all a lie)
Fuckin’ fake (It’s all a lie, it’s all a lie)
Tired of these fake intentions (All a lie, it’s all a lie), this fake love (All a lie, it’s all a lie, all a lie, it’s all a lie) 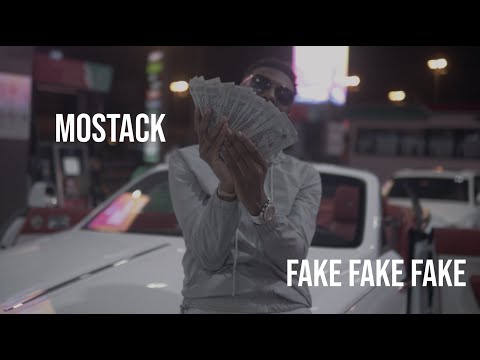