(Intro. Royce Da 5’9″ & Logic)
Okay, so this motherfucker Logic
Flies all the way to New York to play chess with GZA (Check it out)
A show that he does (Yeah, yeah)
And let me tell you, this is the first time actually anybody beat GZA
In this chess series, in these chess games (Yeah, yeah)
So let’s just say Logic served him up a queen’s gambit

(Logic)
Egon got the La Tache in the cellar
My rhymes affect the game, Mandela
Vinyl Days kind of like the days of Roc-A-Fella
Yeah, I’m on the beat, but you know I murder a cappella
I stepped in Def Jam building the other day
I ain’t ask for fifty million like I was Ye
I shot the video for “Tetris” in the hallway
In the CEO office, boy, I’m talkin’ Jay
Feet all on the couch like I’m Rick James
Skyline of the city through the window pane
Then spit the verse on the air conditioner
Listen up, dishin’ up food for thought
In rare condition, peep the diction
Pen bleed all over the pulp, no fiction
My description of how I write lyrics is off the wall, no Egyptian
Flowin’ in code, peep the encryption
Ayo, ayo, my Rolodex shine brighter than my Rolex
Trust my gut ’cause I know best, people think that I know less
But that’s ’cause I never talk, all I ever do is walk in
Like Christopher Wallace, my shit flawless
Come with the rawless like Nobu
Y’all don’t want the beef, niggas tofu
All of ’em was prayin’ I was stayin’ retired, y’all too hopeful
I got a notebook full of more bars than Bourbon Street
Word to Curren$y, peep the urgency
Logic bringin’ boom bap back, this shit is the resurgency
Can’t fuck with that mumble-schmumble shit, it fuckin’ burdens me

(Royce Da 5’9″)
I ain’t a hoodlum, they ain’t arrest or murder me yet
Why ain’t I Muslim? Jay Elec’ ain’t converted me yet
The chain immaculate, the plaque glisten the same as the jewelry
The pain is practiced, just sit back ’cause this shit came with the groupie
The stainless MAC tin clip attachment fit the frame of this Uzi
Just can’t imagine it in the act of shit to drain this jacuzzi
This ain’t no actin’, reenact the scripts, this ain’t a real movie
This ain’t no rapper switchin’ to activist, this danger feel newbie
Hold up, diamonds got me seasick, pursuin’ dreams
Tryna stop the street shit, exhuming kings
Imagine drinkin’ three fifths to a human being
‘Cause a human being deemed me three-fifths a human being
How much chillin’, dope, and dough I done mentioned?
Bros I convinced to go out on lynches
Even sister Kamala, Joe Biden henchmen
Either niggas T’Challa or Josiah Henson
Slugs to who ever the fuck that loves you
This could get uglier than a Funk Flex love booth
Always coppin’ fly shit, Adidas, Reeboks
On all they top five lists, just probably not B Dot’s

(Royce Da 5’9″ & JuansArts)
Woah
This is what happens when an unmovable object meets an unstoppable force
Like two freight trains goin’ head-to-head in a collision
Unstoppable, unbeatable, unbreakable
They’re goin’ at it, head-to-head, toe-to-toe
This is the most gangster shit I’ve ever seen
Logic and GZA, this is an unparalleled match 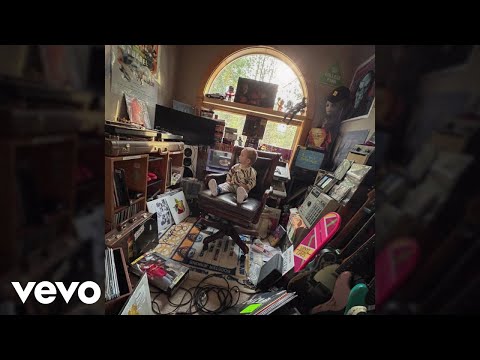