(Intro. Funkmaster Flex & Logic)
Ooh-hoo, ooh-hoo-hoo-hoo
It’s crazy how some people can hear this and think they know what to say
But they don’t know what to say
Nuts
This right here, though? This?
Huh, yeah, yeah (Bars)
There we go, that’s what the fuck I’m talkin’ about
Yeah, uh

(Logic)
Still in the game with you, wettin’ fools like when the rain hit you
Music, movies, and families, I’m a lane-switcher
Ready to get you now
My flow make you rethink your whole fuckin’ style
Nick Cannon on these motherfuckers, Bobby goin’ wild
As a youngin, as a child, I was dreamin’ for this
Fiendin’ for this, listen, lean in with this
I’m the definition of a try-hard, the lyrical miracle god
Do anything just for the applause
All up in your face with some shit you can’t avoid
Yeah, this black white boy finna push you into the void
I ain’t got nothing but time like I’m Christopher Lloyd
And I ain’t got time to diss you, I’d rather dismiss you
And sell more records than you did in your first week with a reissue
Claiming you the greatest, but is you?
I do this for Kenny, do this for Cole
Do this shit for the GZA and the whole clan, for sure
I do this for Mos, do this for Thought
Do this for Dilla on the for realer
But don’t let me start showin’ love ’cause I won’t be able to stop
Made fifty million when I went pop
But everybody know when Logic pick up the mic, bars drop
I respect this generation, but I need the hardest bars you can provide
I’m taxing you with inflation
Bobby Boy in the cut like a mason, I got verses like Freddy, Jason
Fuckin’ amazing (Woo)

(Logic)
Yo, you are walking hand-in-hand with a real one, I’m still one
I’m tryna slice open my veins just to feel somethin’
Spill my blood on the page, blood on the leaves
Blood flowing down my arm from the heart on my sleeve
We keep it real all the time, boy, you best believe
I love rap, but had to leave, meanwhile the media like to perceive
That I was never welcome and these record labels thieves
Sample Tribe Called Quest and have to pay Lou Reed (Fuck)
A hundred percent, pick up the mic, I’m gonna vent (Fuck all that shit)
Yo, ayy, fuck rap, let’s dead it
Everything that I could rap about, already said it
I’d rather give you these melodies
Kill the game so many times it’s no longer a felony
What the fuck is you telling me? You ain’t selling me
Do what you used to do and do it over and over
How ’bout you suck my dick and accept it’s over?
This a new chapter, in the country, whippin’ the Raptor
The realest I’ve ever been, it’s far from SAG-AFTRA
Really used to give a fuck, but now it’s just laughter
Happily ever after, probably not, but I have to have hope
Used to obsess over being dope, but the industry too cutthroat
They less focused on the talent and more focused on the upvotes
One album, I’m the champed, and the next, I’m the villain
Do the thing we like or else it’s fuck you and your feelings
I was spread thin, just about ready to let the lead in
Breaking down on stage, that’s shit I can’t evade
I open up about my feelings, they call me a faggot
Fuck you, I had it, mentality was shattered
Wanna know why I retired? ‘Cause I was uninspired
And everything was fuck you, pay me
Speak my mind, they turn around and wanna blame me
Try something different and they say I’m not the same me
You could never tame me
I’d rather fail trying something new than doing the same shit every day
Fuck you (Haha)
It’s Logic 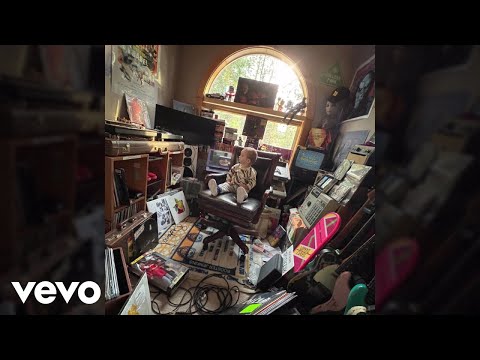