I-75 the only time I work a night shift
Packing jammers on the freeway, I’m finna swipe shit
Real source, catch me plugged in by yo light switch
Rollie on my left, bust Patek on my right wrist
I’m the type to go and get it, you’ll watch the time tick
Told my players in the field, “When they yell that ‘hike’, blitz”
Signed a record deal, shit, you should’ve read the fine print
Now you on the shelf, finna spend yo whole life pissed
Shit, the game is the game, yeah, it’s pros and cons
A band on yo head’ll get you banged on like old LeBron
A hunnid dollar appetizer, we at Ocean Prime
Everybody sick the time came but they know it’s mines
Hope you got yo blickyana ’cause I’m toting mines
Double cup, drop a V cut, I’m too blowed to drive
Ocean drive flying, dropped the top, finna float the ride
Take my pop and do some voodoo, pour a four inside
I was on the road, you was busy doing work in school
Shit, yeah, you heard of me but I ain’t heard of you
Life in this fucker, I cannot let ’em search the coupe
Had a pocket full of green dubs then I turnt it blue
Cuz said the tans don’t work, he done turnt to blues
I’m a vet striked up but lil’ bro earned them too
Designer oversized, pissed that the shirt too loose
Feeling like a Raptor from Toronto in these purple Loubs
Getting up, I might honey dip, feel like Vince Carter
In the middle of the intersection, finna spin Chargers
To even keep the game fair y’all gon’ need six starters
Hitman one-shotting shit, he don’t get hit markers
You know why? ‘Cause this life shit is not a game
We are not the same, hunnid on me, we don’t shop the same
You prolly hopping off the bus, I’m hopping on a plane
Bro feeling grown, got that big face and copped it plain
Need a date including, I can’t do just that day just
Caught him up close, small map but it ain’t Rust
Yesterday was Turtle Pie, today I had to face Runtz
Two grams where? Boy, I only face eighth blunts
Brodie like the bottom of the bow, tryna shake something
Preaching ’bout some bands but did you wake up and make some?
Told my young bull keep going, yeah, the hate come
Fly as hell in my Stone Island, I could BASE jump
Learned how to lose less, now I’m a gamiac
One of three five, shit, it’s eighty for the eighthy, Jack
Brodie threw a bullet accurate like a Brady pass
Me being broke? You corn balls almost made me laugh
(Huh, nah, for real though)
(Use yo fucking head, dude)
(The fuck is you thinking?)
(Corn ball, I’ma call you “Cornelius”)
Skrrt the Demon whip, tried to race, ain’t no beating it
Unky had some clean work but then he put his feet in it
Had to beat my plug ass like, “Why was it seeds in this?”
On Rodeo, spent 30K, shit, I needed drip
Why the hell is you still rolling up Gorilla Glue?
They’ll rip banana peels, I ever let them ‘rillas loose
Pull up on a opp like, “What the fuck you think you finna do?”
Thousand dollar mess in the booth, I just spilled my juice
Big cuz was sitting in that spot back when Billups hooped
Playing with the dog, unky got some shit to scoop
It ain’t no extra garlic butter? Told ’em fix my food
You a early bird, huh? Finna work a six-to-two
Russian Cream, Honey OG, Bourbons here and there
Hate when fans don’t say shit, just be weird and stare
Brodie said that he’ll face death, he don’t fear the chair
Ask me if I give a fuck, I ain’t nowhere near a care
Had to play the Faygo off a bag of Better Made
Shit, I threw a stack up and made the weather change
Free Ju, I wish they would’ve put him on that tether thang
Hud the block, I be playing how the centers play
Fucked around and caught a paper cut off these blue Benjis
I was at the register tryna cop some new Fendi
We don’t do semis and you know that we don’t do Hemis
I ain’t sipping on no liquor, I don’t do Henny 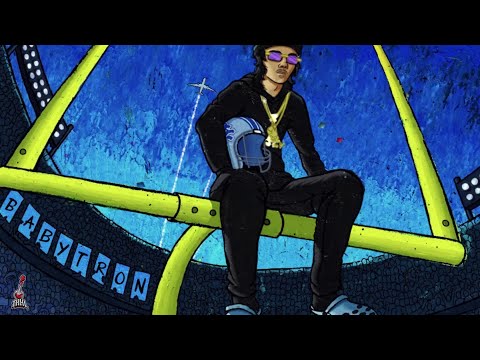