High as hell on Thanksgiving, eating yams, sipping Wock’
Went from lil’ dawg to walking ’round with the biggest knot
From a place where titi’ll spend her last to get some rocks
Fully switch on it, you can’t tell that this bitch a Glock
Every time I fell, I got up and went two times harder
Every time I lost, I sat back and thought two times smarter
Unky in the kitchen, he a chemist, making lines harder
Upgraded to them Demons, we don’t really drive Chargers
But I might Scat Pack it, in a different tax bracket
One night OT, fucked around and Louis backpacked it
Profile crazy, finna go get jack active
Teamwork makes the dream work, tell yo mans pass it
Banana Backwood, it’s a opp in this bitch
Seen him out in traffic, fucked around and knocked him out the whip
Dub on my neck, watch by the [?]
Five thousand dollar fit, to the socks, I’ma drip
Doors do that suicide shit, I’m hopping out the Tesla
Green Nike tech, cutter on me, popping out like Zelda
Can’t do the Spirit, I’m too bougie, hopping off the Delta
Yo mans down, fucked up, how you not gon’ help him?

Muddy-ass cup, witchcraft, do the pop like Salem
Left the dubs and fifties at the crib, got a knot of Franklins
Fluke plates on the Striker, hit the spot and change ’em
In the jungle with some beasts, promise that you not gon’ tame ’em
Unfuckwithable, I’m feeling like I’m Ray
Woke up tryna make some hustle music, feeling like I’m [?]
Fuck a vest, .223s ripping through yo diamond chains
Up before the birds, phone chirping, you can’t find a play
Talk about y’all wet? Boy, my bitch got more drip than y’all
Not to mention I’ll spend a fifty when I hit the mall
StanWill’ll up the Glockyana if you piss him off
Why the fuck you say yo Rollie real? That bitch ticking, dawg

Unky getting sauce from Colombia, Medellin
Seven 201s, self-scanning, boy, that’s seven pings
So much chicken on me, would’ve thought I’m selling wings
2022 drop top, you ain’t felt this breeze
Yo whole crew pouring green, y’all the Celtics team
Two thousand dollars just to loan on the belt and jeans
Hunnid Backwoods, I done fucked up my health this week
I ain’t talking ’bout a can of Goya, unky selling beans

Running off? 7.62s gon’ melt his feet
Exotic pop, Wockhardt, and za, I might belch and wheeze
Bitch want some money? These nuts like the Welven meme
If you ain’t up a milli’, it ain’t shit you should be telling me
Good in the hood, bitch, I’m somewhere where the felons be

The word on these European sneaks could be in spelling bees
Overlapping comp’, I can’t let ’em get ahead of me
Eighty dollar eighthy, you can’t this shit for ten a G
I be scamming, brodie with the, down in Tennessee
From the three I get like [?]
Spot up on the corner, send yo big homie towards Hell
Tried to lock us out? Kicked it down till the door fell
Might lose a game in this series, never four L’s

2022, I want a froze watch on both wrists
And I’m hitting Hutch to upgrade the rose gold kit
Not to mention that the white buffs make my nose drip
Need yo ass beat, walking ’round in them bold kits
Cream soda dreams, fell asleep off a four of yeah
Nah, for real, pour a one of this? You gon’ go to bed
If I put my BIN in this song then I’m going fed
Could get ten jacks off a Pro or do a show instead
Working like a ese, getting gifts, Feliz Navidad
Vanilla five hunnid each one, I ain’t gotta rob
Six figures off of shit talking, I ain’t got a job
Online with more punches than a fucking octagon

Six star wanted level, live a GTA life
I was scamming, you was tryna get yo GPA right
Punch God walked through, they thought Jesus came twice
Road running late, ain’t stopping till I see some daylight
Lyrics too damn hard, even Genius ain’t right
Old Tron was off noodles, I ain’t see a steak bite
Talking ’bout you in the deep? Ain’t even seen a great white
Kicked out of recess ’cause I never seemed to play right
Huh, I was a bad kid
Rap a lil’ too fast, stopped doing ad-libs
But, shit, it ain’t my fault they can’t keep up
Coldest day in January, got the heat tucked
Think I need a new piece, I’m finna see Hutch
Wintertime, summertime, we be sleeved up
Three hunnid dollar plates every time we eat lunch
Undefeated first seed shit, you can’t see us
You can’t beat us
ShittyBoyz, it’s one name, you can’t be us
They used to ho us back then, now they need us
Lot of ho shit people pull when you bring up

Ayy, huh, ShittyBoyz
What up, Danny? 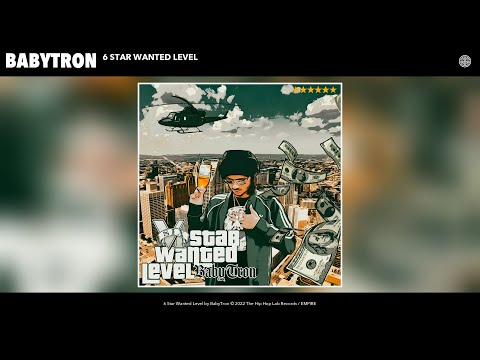